If the video viewer is not displaying, try The Canaan Creed Book Trailer.

A noble lie or a deadly secret?
What if a grand-scale manipulation was taking place? Greed and lust for power, cloaked in altruism. What if you believed in something that cost the life of someone you loved?
Murder in Maine, wolves in Wyoming, and a fugitive—one life-changing summer for wolf biologist, Anna O’Neil. She needs answers. Who shot her father and why? Then, the arrival of a mysterious document forces Anna to examine her own beliefs and gives her the key to restore a divided community. But, first, she must find the courage to confront a hidden evil and catch her father’s killer.

"The Canaan Creed is a story that needs telling—a keyhole view into a culturally-relevant and emotionally-charged issue. Radical environmentalism is on the march across America, leaving a wide swath of collateral damage. People are suffering—their voices often silenced by an agenda that omits humankind from the ecological equation." 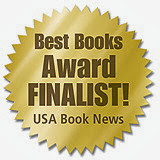 If video viewer is not displaying, try WREG-TV Interview.

What Readers Are Saying

“When a riveting story overlaps with hunting and conservation, we couldn't really pass it up. The Canaan Creed also makes that easier, since we couldn't put it down.”
— NRA American Hunter Facebook, Editor-in-Chief, J. Scott Olmsted, January 2010

“L. P. Hoffman combines a compelling page-turning yarn coupled with first-rate reporting on the tactics and twisted ethics that can drive radical environmentalists to criminal activity. The characters are well drawn, the dialog is savvy, and the story line is as close as tomorrow’s news.”
— Dan Miller, Publisher/Executive Vice President, The Heartland Institute, October 2009

“ ‘If God be for us who can be against us?’ The Apostle Paul wrote those words in his letter to the church of Rome (Romans 8:31); it’s not hard to envision them as the tacit heart of The Canaan Creed, a novel by L. P. Hoffman that weaves together an intricate tale about environmentalism gone awry. Her riveting tale follows the Fischers, a Wyoming family working as outfitters, café owners, lumberjacks, and Anna O’Neil, a wildlife biologist at the forefront of the reintroductions of the gray wolf in the Rocky Mountain West. Anna begins to wonder. What she finds will shock you, as it is all too real.”
— J. Scott Olmsted, Editor-in-Chief, NRA American Hunter Magazine, September 2009

“L. P. Hoffman’s new novel, The Canaan Creed, tells an engaging story with a plot that questions the validity of global warming research and firmly places the “black hats” on environmental fanatics. The author embroiders her story with references to the benefits of silviculture, unsavory aspects of the release of wolves in Wyoming, and valuable tactics for survival in the wild. The reader accompanies the protagonist, Anna O’Neill, as she learns hidden truths about the environmental movement. Through suspense and mystery, Hoffman offers her readers a perspective on the environment rarely found in fiction or non-fiction. The book can be ordered from the author at www.hopespringsmedia.com.”
— Safari Club International, Litigation Newsletter, May 2009 Vol. III, No. 2

“To spread the message to a much wider public, however, not just nonfiction but also fiction must play a role. Some talented authors have stepped up to the plate. Michael Crichton's "State of Fear" (1994) is a best-selling page-turner despite embodying a great deal of technical science. L.P. Hoffman's "The Canaan Creed" (2008) gently and sensitively tells a story of a small community in Wyoming entangled in a web of international intrigue and danger.”
—E. Cal Beisner, The Cornwall Alliance, in the Washington Examiner, August 2011

“The Canaan Creed weaves suspense, mystery and the dark side of environmental fanaticism together to create a page-turning story that keeps the reader hooked until the very end. The story connects the reader with the awe-inspiring beauty of nature, while exposing how many environmental zealots have turned the experience into a nature-worshipping religion, and others exploit the movement for personal profit and power. While the book is far from being anti-environment, it clearly defines how false environmental scare stories are often created or exaggerated to advance an anti-human agenda which is penetrating our public schools and federal agencies. In the process, people’s lives are inevitably harmed and all too often destroyed.”
— S. Coffman, Ph.D., President of Environmental Perspectives, Inc., January 2008

“Scaling the heights of suspense, The Canaan Creed concludes on solid ground with a better understanding of a timely topic—environmentalism.”
— Marge Swayne, Farmville Herald, February 2009

“Picking up The Canaan Creed by L.P. Hoffman, I read it cover to cover and I literally could not put it down. The engaging mystery of a shooting, Wolves in Wyoming, Anna O'Neil and a community eaten up in the war for the protection of wildlife and the environment. This story is a fictionalized account of the battle for the wolves in Wyoming and the moral of the story is one that every citizen needs to hear. The story drags you in through its characters on a day by day account of the lives of the citizens of Pristine Valley. This is a story that hunters, conservationists and environmentalists as well as every day citizens need to read. This book should be required reading for environmental science programs across the country. The moral of the story is to learn and understand all sides of the situation and do not blindly follow the path of any organization. The story is very well developed, well written and will maintain a place on my book shelf for years to come!”
— Kevin C. Paulson, HuntingLife.com, April 2009

“This is a provocative page-turner telling its story from a perspective not often found in modern fiction. This book's well-drawn characters and suspenseful plot ensures that it cannot be pigeonholed by political or social philosophy. However, Americans need to heed the moral of the story, lest we find ourselves in an untenable situation. I really enjoyed the book and I'm already looking forward to the next one from L.P. Hoffman!”
— Craig Manson, Former Assistant Secretary of the Interior, January 2008

“When one of one's own pack is downed, people travel great distances to set things right. ‘The Canaan Creed’ follows wolf biologist Anna O'Neil, who must return to Maine to investigate the death of her father while she was far away. The emergence of a strange document sets her search upside down. Author L.P. Hoffman crafts an engaging mystery that will keep readers turning the pages. As such, 'The Canaan Creed' is fine reading and highly recommended.”
— Midwest Book Review, Small Press Bookwatch, Volume 8, Number 4, April 2009

“The Canaan Creed does an excellent job of sucking you in with a mystery while pointing out how some environmental groups have an agenda that goes beyond protecting wildlife. I found The Canaan Creed to be a very interesting tale of how overzealous do-gooders can ultimately bring about harm. It shows that, even if you believe in respecting plants and animals, you shouldn’t blindly throw your support behind a group who claims to be ‘green.’ ” 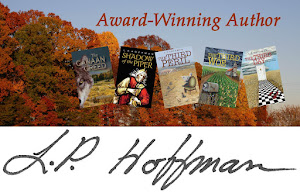 Join Our eMail List
For Email Marketing you can trust.

Become a "Fan" on Goodreads